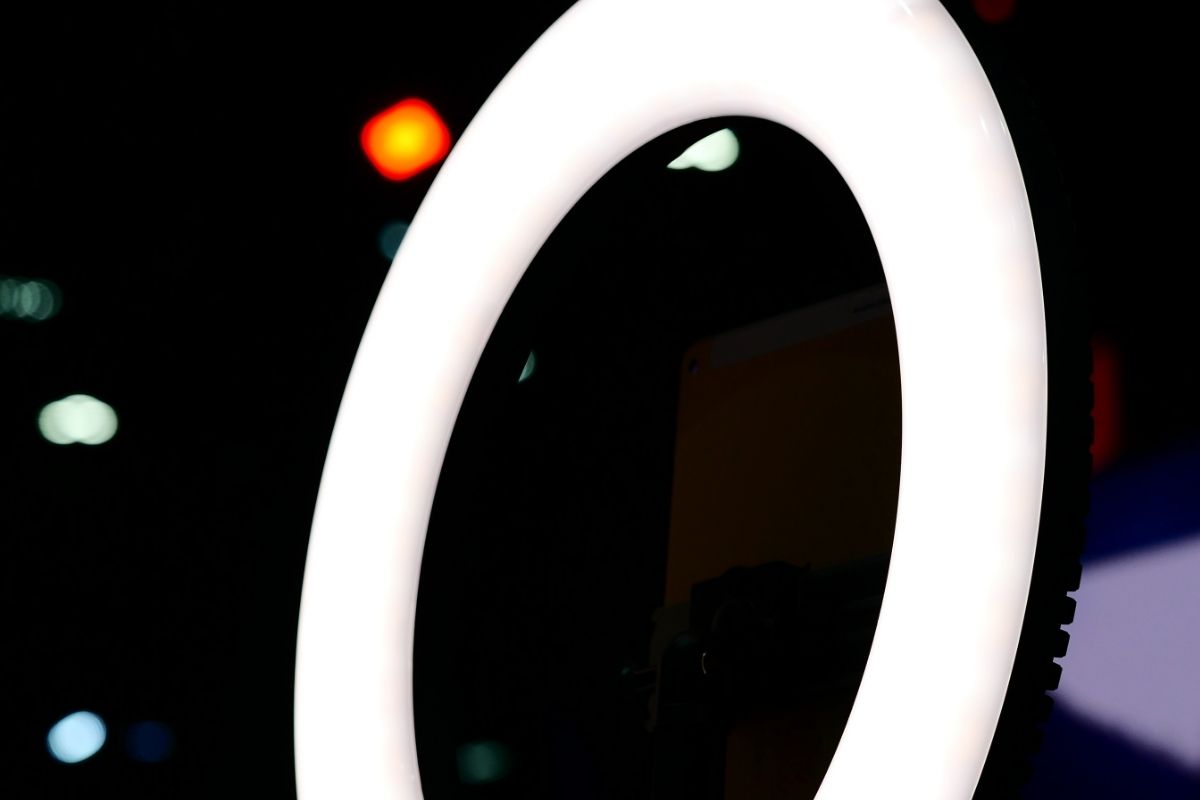 Do Ring Lights Use A Lot Of Electricity?

When it comes to simple lighting setups, the ring light is the benchmark. Many social media influencers and video game streamers use a ring light to bring focus to their face.

If you’ve seen influencers posting what appears to be high-quality photos and assumed that it’s because they’re using a high-end camera, you might be surprised to learn that they could just be using their phone, with a ring light set up behind the lens.

A ring light can vastly improve the quality of an otherwise average setup.

But how much electricity do they use?

The answer depends on a few different factors, namely the kind of ring light you’re using- whether it’s a fluorescent ring light or an LED ring light.

The following article will break down all you need to know about the energy usage of ring lights.

There are also the more traditional types of ring lights, which use fluorescent bulbs.

These are generally considered outdated technology, though, because there are so many benefits to using LED ring lights instead- and lower energy consumption is just one of those benefits.

Fluorescent bulbs also get hot when they’ve been on for a long time, and once they’re nearing burnout, they’ll make a humming noise or they’ll flicker, or both.

Ring lights that use fluorescent bulbs require far more energy than LED ring lights, and will therefore lead to higher utility bills in the long term.

Incandescent bulbs use even more energy than fluorescent bulbs, though- around 75% more, specifically.

So, LED ring lights are the way to go, for several reasons. But how much power do they use, exactly?

The average LED ring light uses somewhere between five watts and 75 watts. If your ring light is either a battery-powered light or a USB-powered light, though, it will use as little as five to 10 watts.

The ring lights used in professional photography studios would be more likely to use power adapters, and can therefore use as much as 75 watts to generate optimal light.

The difference between five watts and 75 watts is quite a large margin, so the average power usage doesn’t tell you much.

But every ring light should tell you on the device how much power it’s going to require, so just make sure to check this if you’re in the market for one.

If you’re looking for an LED ring light online, it should tell you in the listing how much power it’s going to need.

If you’re using a ring light that’s powered by a battery, it’ll be limited in how much power it can generate before needing to be charged or swapped out.

This could be a nuisance if you’re shooting for a long time and your ring light stops working midway through.

For this reason, most of the ring lights used by the general public are powered by USB.

The average power usage of USB ring lights is an even wider ballpark. The maximum tends to be somewhere between 0.5 watts to 240 watts.

The majority of cameras and computers use USB 2.0 or USB 3.0, though, meaning it’s likely that any USB ring light you acquire will be using somewhere between 2.5 watts to 4.5 watts.

The most powerful ring lights, though, can use as many as 60 watts.

So, when it comes to determining how much power is used by ring lights, it’s hard to give one exact answer. It depends on several factors. This brings us to…

The Factors That Influence How Much Power Ring Lights Consume 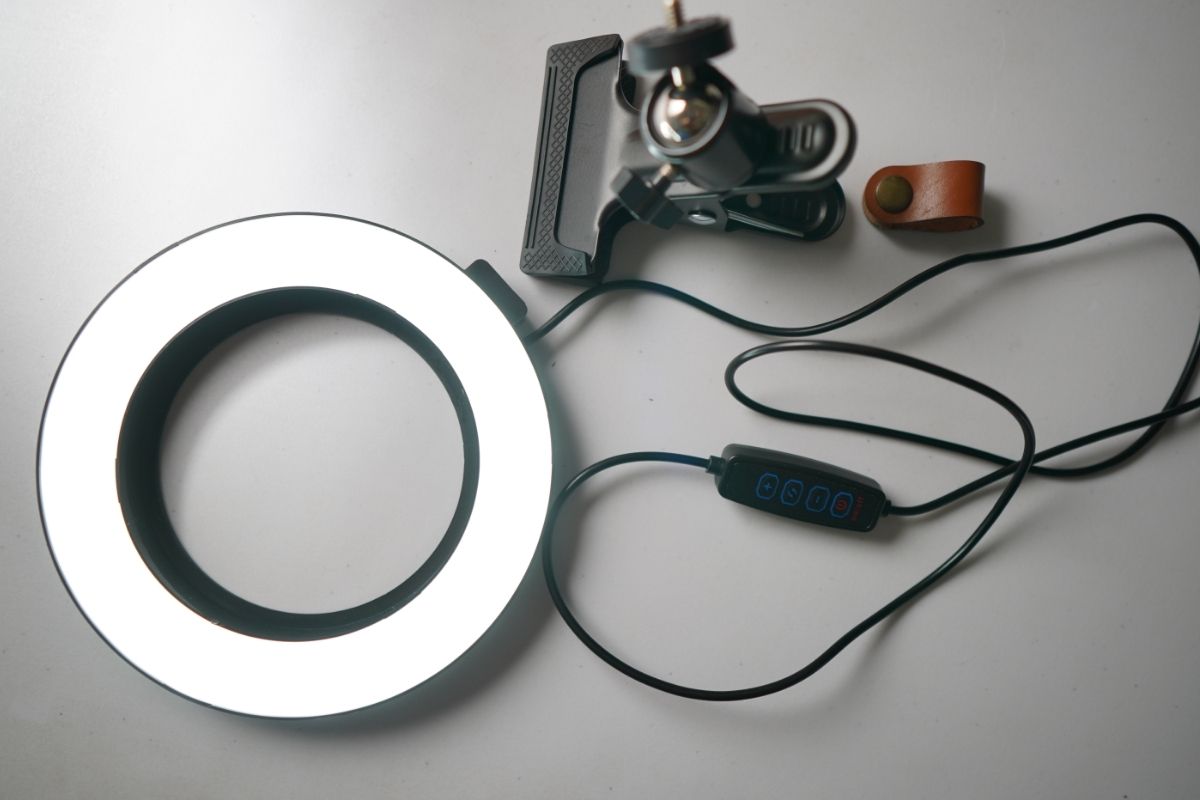 The main factors that can influence how much power is used by a ring light include the type of connector, the size of the ring light, and the number of LEDs. Let’s look at these factors in detail.

Size Of The Ring Light

The amount of energy consumed by a ring light largely depends on the size of said ring light. Naturally, the bigger the piece of equipment, the more space there will be for LEDs.

However, while this would generally be the case, it’s not always so black and white. Some of the higher-end ring lights might have smaller diameters than 12 inches but would have just as many LEDs as a cheaper 12-inch ring light. Speaking of which…

The Number Of LEDs

The more LEDs, the more energy will be consumed- generally speaking.

Some of the higher quality ring lights will have as many as (if not more than) one hundred LEDs but could require less energy than a ring light that only has 10 or so large LEDs.

A ring light that’s running on a battery that’s not removable won’t use up a lot of energy and is generally more efficient in this regard than ring lights that are powered by USB.

Even if you have external batteries for your ring light, they’ll still only be consuming the same amount of energy.

The amount of energy consumed by a ring light depends on the type of bulbs used (as well as a few other factors), but for the most energy-efficient ring lights you should be looking at LED ring lights.

If you’re going to be using a big, pricey, studio ring light, then you’ll probably require a power adapter to accommodate for the often 60-watt usage of said lights.

If you’re only going to be using the light for about an hour at a time, though, you’d probably be fine with a USB or battery-powered ring light.