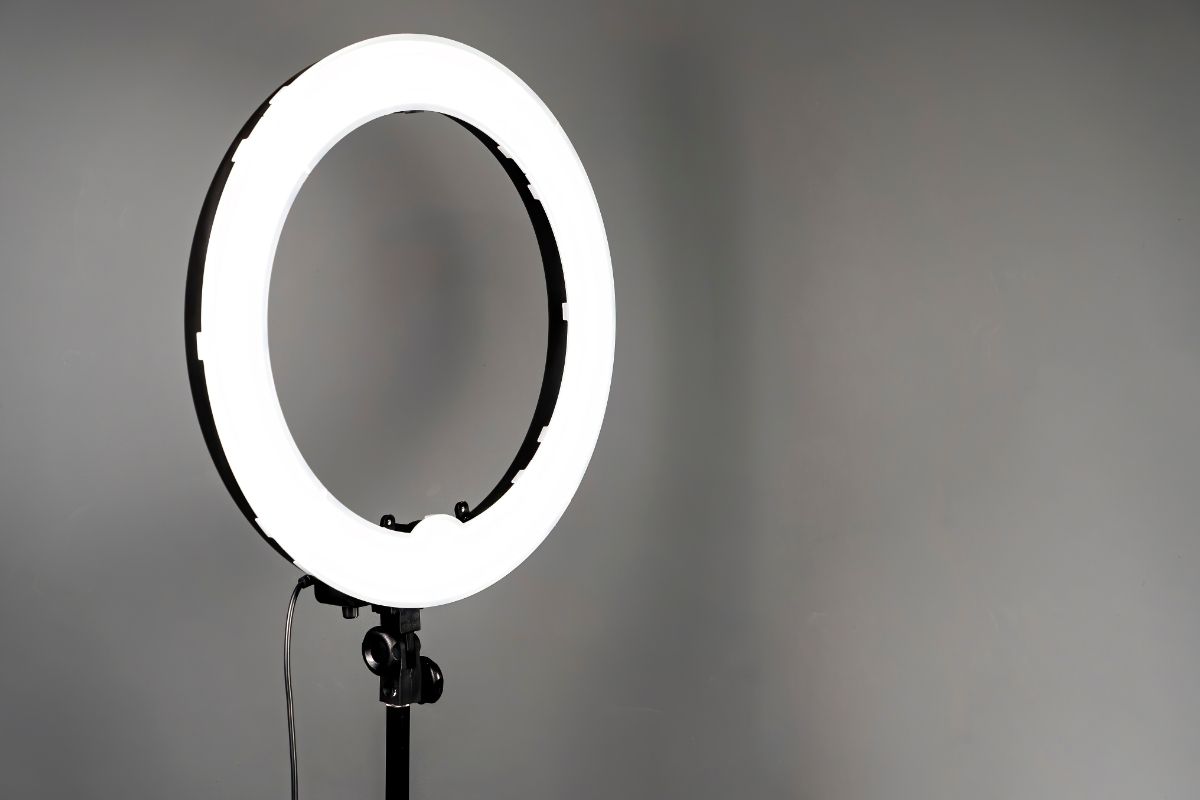 How Long Does A Ring Light Last (Do Ring Lights Ever Burn Out)?

This post was most recently updated on August 7th, 2022

Even people who don’t post a photo or video content are now more likely to use ring lights since so many people have gotten used to working from home, where they’d be attending regular virtual meetings.

They tend to be a very affordable piece of equipment, allowing for much better lighting overall. But like most kinds of lights, eventually, ring lights burn out.

The average lifespan of a ring light can vary quite substantially.

The following article will break down how long you can expect a ring light to last, and how to know your ring light has nearly burnt out.

How Long Do Ring Lights Last?

There’s no one number when it comes to the average lifespan of ring lights because it depends on a few different factors.

Even the time suggested on the packaging of a ring light might not end up being accurate, especially if the owner of the product doesn’t take good care of it.

The main factor that affects the lifespan, though, is the type of bulb used.

Typically ring lights are made up of several small LED lights (Light Emitting Diode) arranged in a circle, or one round fluorescent bulb.

The ring lights that tend to last substantially longer are those with LED bulbs.

Ring lights with these kinds of bulbs can often last as much as 50,000 hours, but depending on the manufacturer, they can sometimes last for as long as 100,000 hours.

Even a cheap ring light that uses LED bulbs can last at least 35,000 hours.

Fluorescent bulbs, on the other hand, tend to only last from 7,000 hours to 25,000 hours. So, if you want your ring light to last, your best choice will be an LED ring light.

There are several benefits to going with LED ring lights over fluorescent ring lights. The most obvious of these is the lifespan, which is far longer for LED than fluorescent.

If you used a LED ring light for as much as ten hours every single day, there’s a chance it would still be usable 14 years later.

LED ring lights are also far more efficient when it comes to the energy they require.

This is partially because the light from LED lights only covers a specific area, and doesn’t provide light to areas that don’t require it.

If you do want the light to cover more of the room, though, you could always purchase a larger ring light.

While generally, they tend to be a little more expensive than ring lights that use other bulbs, they’re well worth the price when it comes to value for money- especially considering they’re going to end up saving you money in the long term, when it comes to your energy bills (as well as how long they’ll last without needing to be replaced).

All things considered, LED ring lights are the far better option, as long as you intend to take good care of them.

How Do You Know That Your Ring Light Is Going To Burn Out?

There are a few ways you’ll be able to tell that your ring light is approaching burnout, but it depends on the type of bulb.

Incandescent bulbs will fade when they’re at the end of their lifespan, while fluorescent bulbs tend to flicker (which you’ll probably have experienced if you’ve ever worked in an office, with those overhead lights that are determined to give you a headache).

But because LED lights don’t have a filament in their bulbs, not only do they burn out a little differently from incandescent bulbs and fluorescent bulbs, but they don’t burn out at all.

Instead, when an LED light has run its course, the bulbs will begin to dim as the components within become gradually less effective at producing light.

That’s not to say LED lights never burn out, though, but when they do it’s rarely because of the actual diode.

LED lights contain a complex capacitor, whose purpose is to convert AC into DC.

This component will face chemical decay over time, and once it’s degenerated to a certain point, the bulb will no longer be capable of generating light.

So, how do you use a ring light effectively?

Luckily, you don’t require any prior experience in photography to make the most of a ring light- which is part of the reason they’re so popular.

Most often you would be placing the ring light around the lens of your camera, to effectively capture the focus within the subject’s eyes (the subject being, in most cases, you).

This is the most standard use of the ring light when it comes to social media influencers and video game streamers.

However, it’s not the only way to use your ring light.

Once you’ve gotten used to how the device works in the traditional sense, you’ve got a fair amount of freedom to experiment.

You can achieve some reasonably unique results from positioning your ring light at the side, rather than around the lens.

Do You Need A Tripod For A Ring Light?

A lot of ring lights are standing ring lights, meaning you won’t need to buy a tripod separately to hold them up.

But with some of the higher-end, heavier ring lights, you may require a tripod.

It can sometimes be worth mounting them on the wall, particularly if you have a dedicated studio and are going to be using the ring light regularly.

If you are looking for a tripod, there is a wide range to be found online.

When it comes to buying the ring light itself, you might be able to find a very affordable one at your local big-box store.

LED ring lights can last as long as 100,000 hours, meaning if you had it activated for ten hours every single day, it might remain functional for up to 14 years.

This is one of the main reasons why LED ring lights are the better choice than fluorescent ring lights, the latter of which last far fewer hours, often no more than 25,000 hours.

That’s not the only reason LED ring lights are the better option, though; they also use far less energy than their fluorescent counterparts and only provide light to the area that needs it.