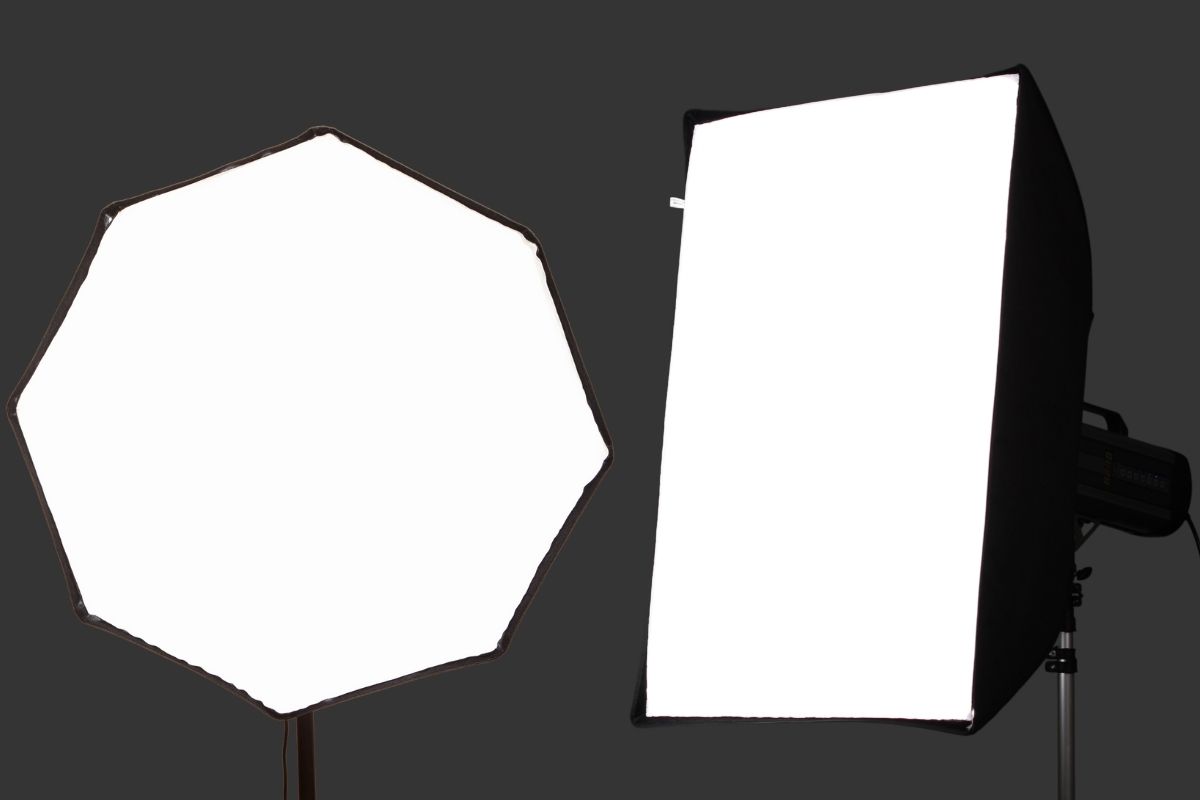 There are a wide range of options when it comes to lighting equipment, and some of the most common (and most basic) devices used in lighting setups are the softbox and the octabox.

These tools, which both serve the purpose of light diffusion, are very similar- but there are a few key differences between them.

So, what are those differences? How do you know which one is the right choice for you? It can be tricky to decide between them, especially if you are new to the world of softboxes!

Well, get ready to understand the differences! The following article will break down everything you need to know about both the softbox and the octabox, including when you’d use one over the other.

They both work in much the same way, but there are also differences in the impact they have on photographs.

What Do Softboxes Do?

A softbox diffuses light, and covers a larger surface area than a typical dome modifier, meaning they can spread more light.

The more the light is diffused by the softbox, the softer that light will become, so they’re best suited to strong flashes. They tend to be larger than both dome modifiers and octaboxes because they’re covering so much surface area.

The tool needs to be attached to the camera, and as they’re usually quite large, this makes them a little more cumbersome than alternatives. They can be awkward when it comes to handling them, especially compared to dome modifiers.

They’re not all huge, though- there are some softboxes on the market that are not only far easier to handle, but also act as both a reflector and a diffuser.

The main advantage of the traditional softbox is that it spreads light so much further, due to the size of the reflective surface area.

This additional light diffusion makes softboxes more adept at eliminating shadows, which can provide photographs with a natural feel that might otherwise have been hard to achieve.

Another advantage is that, while most softboxes are rather big, they don’t tend to be too pricey.

The only real disadvantage, of course, is that their size means they’re not exactly ideal if you’re taking photos on the street.

The octabox is essentially a different kind of softbox but serves the same purpose as its square or rectangular counterpart. It has eight sides and resembles the traditional reflective lighting umbrella. They essentially are an umbrella, only portable.

Most octaboxes can be folded up easily, making it far simpler to both transport them and store them. Despite being so compact once they’ve been collapsed, they still cover a large surface area and are therefore capable of providing an abundance of extra light.

The light reflections will be rounder than those of the softbox, and they’ll often look better, particularly when it comes to shooting portrait photos.

The main advantages of the octabox are the compact nature of their design that doesn’t come at the cost of the light available.

However, when they are set up, they tend to be even bigger than softboxes. This can make them even trickier to handle than some of the small softboxes on the market, especially if you’re out and about.

When Would You Use A Softbox? 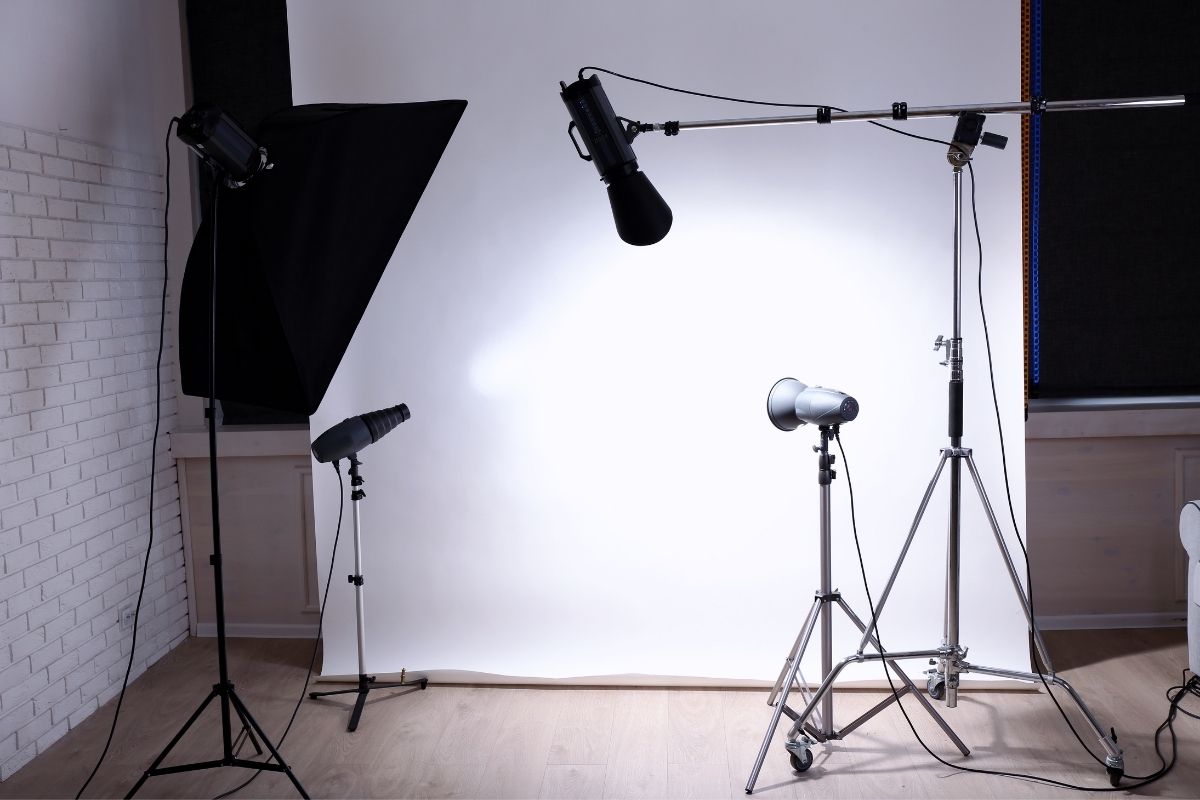 Generally, the softbox is considered a universal tool. They’re handy for most areas of photography, but have a less specific field of use than octaboxes.

Often their reflections won’t be quite as aesthetically pleasing as the reflections provided by the octabox. You’d only really notice these differences when you’re shooting portraits, though.

If you’re capturing pictures of inanimate objects such as products, you’d get similar results whether you use a softbox or an octabox.

When Would You Use An Octabox?

Octaboxes are the best option when your subjects are people, because of their circular reflections.

Not only do these reflections just tend to look better and more natural than the square reflections provided by softboxes, but they also provide the subject’s eyes with a noticeable glint, much akin to the glint of the sun.

The circular reflections are far more suitable for a person’s eyes- the pupil and the iris are similarly circular, after all. The eyes are one of the most important parts of a portrait photograph, which is just one of the reasons why octaboxes are the better choice in this particular context.

In most cases, you could even get away with using an octabox as the main light source of your portrait photograph.

If you’re going to be taking photographs outside of a studio, then it’s vital that your lighting setup can be quickly and easily set up and taken apart.

Oftentimes a softbox will be better for outdoor photography, but the octaboxes from some manufacturers can be easier to set up than your average softbox- it’s largely dependent on the manufacturer.

There’s no one answer for the best kind of light diffuser for photography outside of a studio. When you’re in the market for one, think about how quickly you’d be able to set up and dismantle each diffuser while you’re out and about.

What Is A Dome Modifier?

One of the other basic light modifiers is the dome modifier, and this tends to be the most common amongst lighting setups, mainly because they’re usually very affordable.

The light from a dome modifier can’t spread as far as the light of a softbox or an octabox, but the device is effective at eliminating shadows and reducing glare.

Both the octabox and the softbox are effective tools when it comes to light diffusion, but because the octabox has eight reflective surfaces, that’s the device that would be more suited to portrait photography or any area of photography where the subject is a person (or an animal!).

They both have their advantages and disadvantages. If you’re looking for more natural reflections, then an octabox is the way to go- but if you’re only taking photos of products and other inanimate objects, then a softbox will do fine.