Softbox Vs. Diffuser (Which One Is Better)

Softboxes and diffusers are different photography tools, but they do similar tasks. Both of these tools produce softer light that expands over a greater surface area. They both do this slightly differently. Each outcome can be useful in certain circumstances.

It can be tricky to know what tool to use and when, but if you’d like to understand more, keep reading. We’ll cover what a softbox and diffuser are and when you should use them in this article. You’ll also find out what type of setup you should use with each piece of equipment.

What Does A Softbox Do?

A softbox is a piece of lighting equipment. It alters a light source by reducing the contrast and making the light softer.

Softboxes have a hood, also known as a box, that resembles a funnel. It has a narrow foundation with a bulb attached to it, pointing to a larger opening. Softboxes have an opaque black exterior with a reflective metallic interior.

Its open end is sheathed in a piece of material. This is normally a slightly transparent white fabric that lets light diffuse through.

This diffusion material will become a light source. It will spread light over a greater surface area compared to the bulb, creating a softer light with fewer shadows. You can find other softboxes with another diffuser over the mouth of the softbox which stops a light hotspot from forming on the exterior diffuser.

Softboxes tend to look square or rectangular, but some do resemble hexagons and octagons. These shapes have an advantage as they are collapsible, so you can set them up and take them down easily. Many photographers prefer octagon-shaped ones, also known as umbrella softboxes, as even larger ones are easier to handle.

The size of a softbox doesn’t affect light coverage as much, but its size does affect the light’s quality. Generally speaking, larger boxes will produce a softer light. The light will cloak a subject without creating harsh shadows in the front of the background.

On the other hand, smaller softboxes create light with a little more contrast. This will bring out some of the shadows, but not too much, as the goal is to create a softer light.

Moving the softbox in a different position can also affect the softness of the light. Placing it closer to a subject will create softer light while placing it further away will create harder light.

What Do Diffusers Do?

A flash diffuser is another piece of light modifying equipment that is fixed to your camera’s external flash. Once your flash bursts, the diffuser will even out the light, reducing shadows and harshness to make it look softer.

Popular flash diffusers often seen are clip-on types made from plastic. These are fixed on top of the flash head, designed to be used both on and off-camera. Flash diffusers are usually compact, so they can be carried around easily,

This is the main difference between softboxes and flash diffusers. They are much smaller than traditional light modifiers, so you can carry them anywhere.

A lot of flashguns have integrated diffusion panels. These can be pulled out of the flashgun’s head to spread the light further, but these don’t work as well as individual clip-on options.
Here are some popular types of diffusers and what they do. 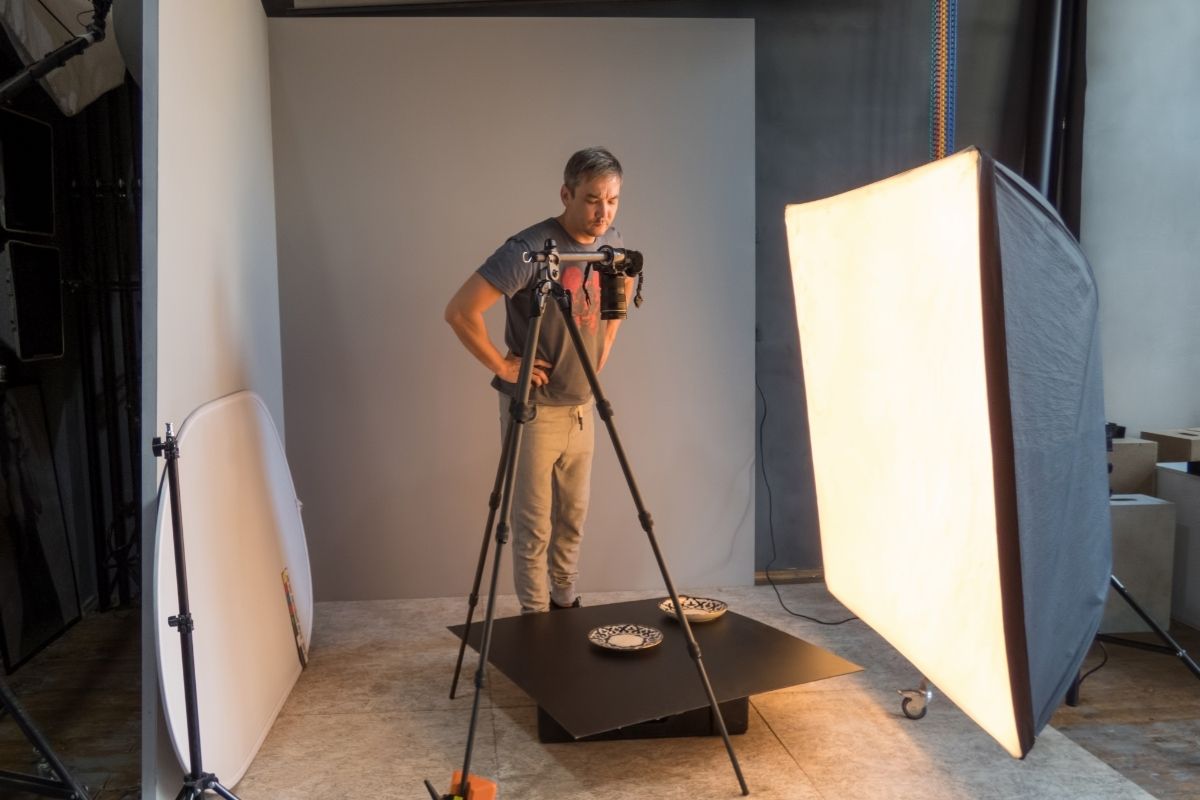 These look like softboxes, but at just three to four inches wide, softbox diffusers are much smaller.
Just like a softbox, these attachments use a sheet of diffusion material to diffuse the flashlight. Their difference is that mini softboxes are much more portable than standard ones.

These are an improvement upon integrated diffusion panels. These attachments have a translucent dome which lowers any intense light. This creates softer, widespread light.

Like most diffusers, they spread light over a greater surface area, but sphere flash models tend to have a stronger mount. These can be more expensive, but they soften light more than dome diffusers and can be simpler to use.

These diffusers soften light slightly differently than others. Most diffusers shoot strobe light forward straight onto the subject. Bounce flash diffusers direct the light away from the subject.

As they ‘bounce’ the light away from a scene, they can lose more light as a consequence. Nevertheless, they do produce beautiful soft light through a reasonably wide area.

These diffusers are made for pop-up flashes. Also known as pop-up flash diffuser cards, they attach to cameras to make integrated flashes softer.

Should I Use A Flash Diffuser Or A Softbox?

Flash diffusers are great at directing focused light upon your subject. These act like a spotlight that illuminates whatever you’re shooting. They also diffuse the flashlight well to create softer light, which is great for creating flattering images. At such a small size they’re much easier to carry around compared to softboxes.

Despite this, flash diffusers aren’t large enough to disperse light over larger surface areas. While they do work well to diffuse light, the light produced will be harsher than light shining through a softbox.

The tool you use will depend on the look you’re trying to convey, as well as your photography preferences. If you want your light source to be as soft as possible, a softbox might be a better choice.

However, if you’re taking photos on the go, a flash diffuser is going to be more portable than a softbox. You can also try a mini softbox diffuser. These won’t work as well as general softboxes, but they will mimic similar effects on a smaller scale.

Softboxes and diffusers are both different photography tools, but they both work slightly differently.
Softboxes are larger tools that act as a light source. They have a bulb inside and diffusion material that makes the light softer.

In most cases, flash diffusers snap onto a camera to diffuse the light coming from the flash. These are much smaller and portable, so can be carried around as you shoot in different locations.

It’s best to become familiar with both of these and see how they work. Doing so will help you figure out which one you prefer and get more practice in the meantime. This can all help you become a more experienced photographer.