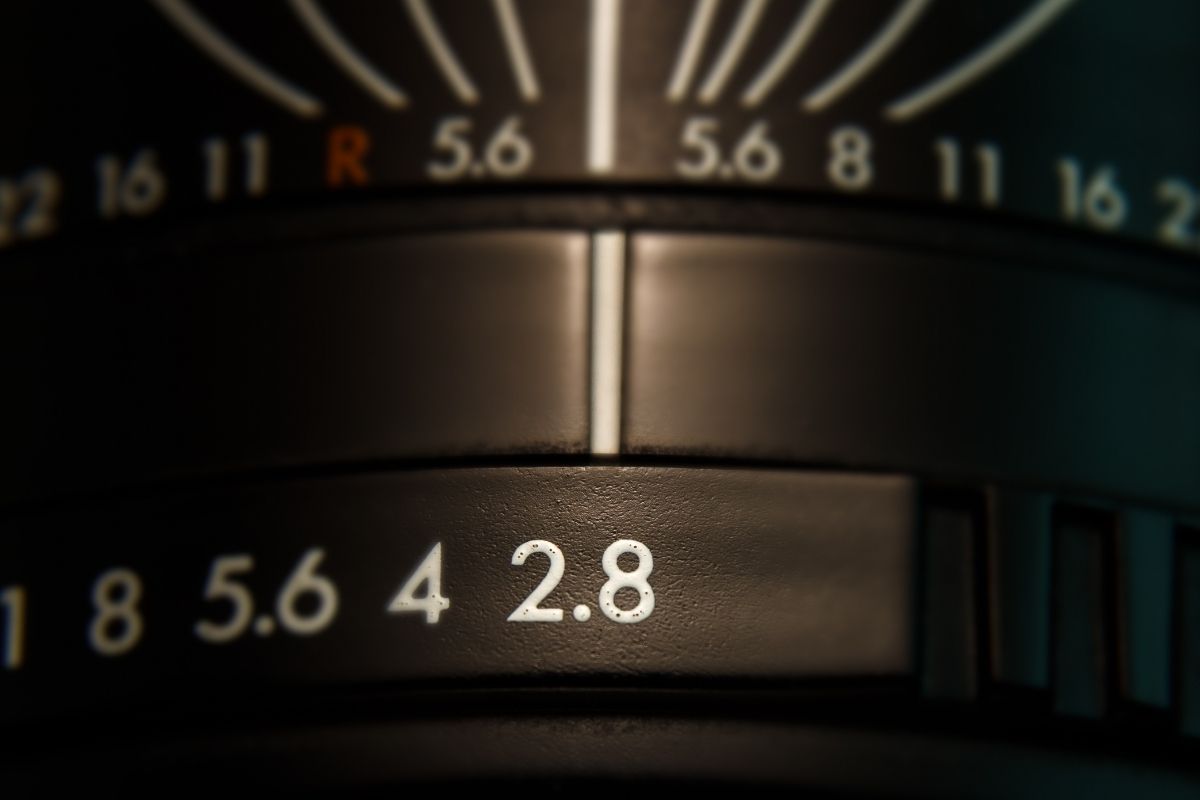 What Does F 2.8 Mean In Photography (What Is F-Stop And How Does It Work)

As a new photographer, you may have seen terms like f-stop and f-number and wondered what they meant.

A lot of times, photography terms can be very confusing, and working out the advantages of these new settings can be even harder.

No matter what you do or search, you can never find the answers you need, and find yourself doomed to a life of limited settings, never unleashing the full potential of your camera.

To help you out, in this article we’ll explore this in detail, as well as how to apply this to your photography.

What Does F-Stop Mean

The f-stop, or f-number, is defined as the ratio of the lens’s focal length to the diameter of the entering pupil. If this seems complicated there is an easier method to teach it to novices.

In the simplest terms, f-stop refers to the value shown by your camera when you adjust the aperture size of your lens.

Occasionally, it will be expressed without a slash between the digits, for example, f2.8, or with a capital “F” letter in front, for example, F2.8, which is the same as f/2.8.

A camera’s aperture is the hole in the lens that appears when the shutter is opened. On a manual camera, a circular aperture is made by physical blades that form a ring around the camera lens.

Apertures of differing diameters may be created using various lenses. Lenses influence the aperture’s size and diameter. An aperture’s size is expressed in terms of what is known as an f-stop.

What Does Aperture Scale Mean?

The aperture scale is expressed by a series of f-numbers, which may be read as fractions with the numerator letter “f.” So, the following is implied:

What F-Stops Are Commonly Used On Aperture? 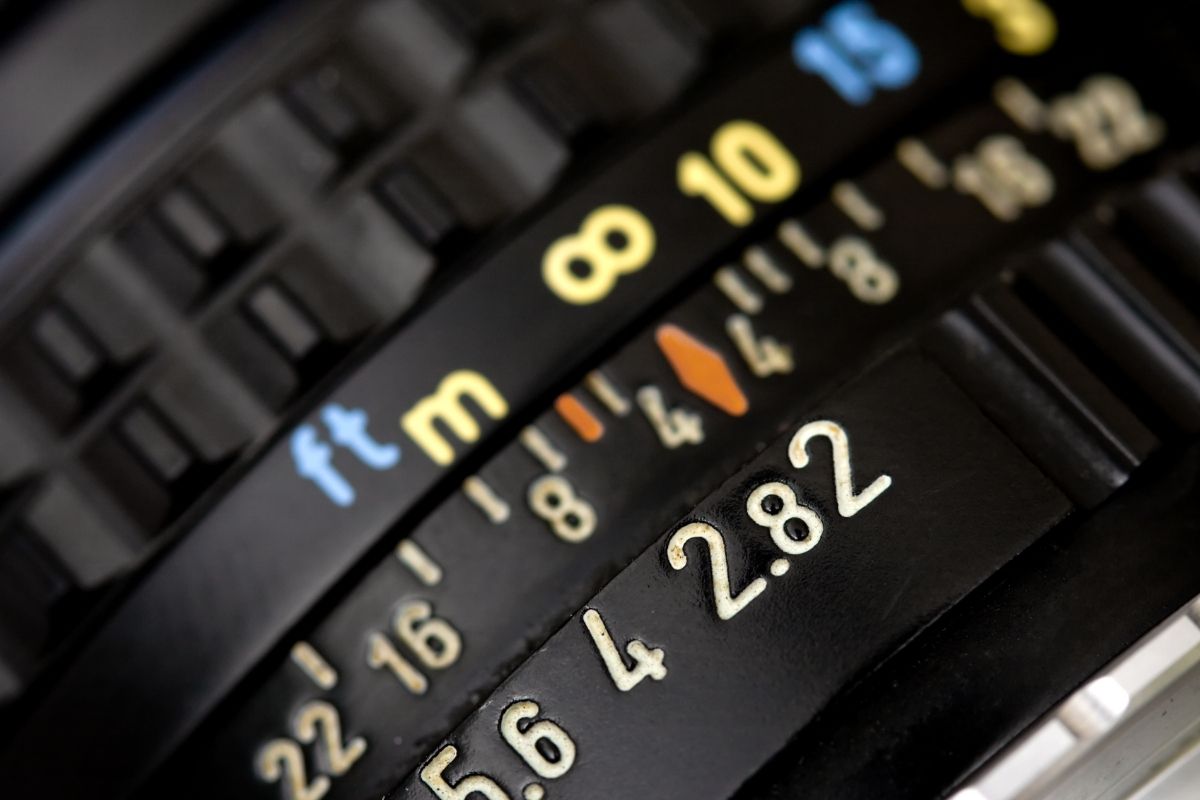 F-stop settings are not universal and may vary according to the type of camera you own. The majority of photographers who have used a Nikon or Canon camera are familiar with the aperture scale’s f-stops:

Keep in mind that each f-stop represents an aperture setting about the lens’ maximum aperture. The denominator of the f-stop number is greater, the less light enters the lens.

How Does The F-Stop Affect An Image?

An f-stop number indicates how much light is allowed to enter the camera lens during a picture.

When a large aperture is used in direct sunlight, a large amount of light is admitted, resulting in a “washed-out” image. When using traditional film rolls, intense sunlight can burn the image, rendering it unusable.

On the other hand, using large apertures at night is crucial for properly lighting an image and ensuring that its subjects are visible. When photographed with a wide-aperture camera, a subject lit exclusively by a full moon may look strikingly brilliant.

Along with shutter speeds, F-stops factor into the equation that dictates how much light is captured in a photograph. Shutter speeds describe the duration of the camera lens’s open state, whereas f-stops specify the aperture’s breadth during that brief period.

When a tiny aperture is paired with a slow shutter speed, more light is admitted than anticipated, making time-lapse photography perfect.

Professional photographers are well aware that the f-stop setting is only one component determining a camera’s output. Other variables, such as the lens’s focal length and the light source’s intensity, may be relevant.

Photographers, in particular, use the term “exposure triangle” to refer to the collection of factors that affect the image generated by a camera. A triangle of exposure is made up of the following components:

Embedding (denoted by f-stop number) and ISO (which refers to film sensitivity but may be changed manually on modern digital cameras) speed of the shutter are also affected by the F-stop.

What F-Stop Should You Choose?

Choosing the appropriate f-stop for a camera’s manual mode needs both talent and lengthy trial-and-error experimentation. It is equivalent to every other component of photography in this sense.

In truth, there is no one-size-fits-all exposure for a particular photo taken in a particular light. A photographer’s aesthetic choices may be just as important as any set rule about aperture size or value. Nonetheless, as a general rule:

With the addition of a flash, the needed aperture becomes smaller.

Large apertures are great for shallow-focus portraiture, in which the foreground subject is emphasized while the backdrop is blurred. This is described as the “bokeh” effect on occasion.

Headshot photography makes use of this depth of field effect, which is achieved in “portrait mode” by combining two lenses with differing f-stops.

By contrast, if you want to get almost equal focus on a front subject and a background, you should use smaller apertures (f-stops with larger denominators).

We hope that this brief explanation of the F-stop and aperture has made your photography journey easier. Like many other aspects of photography, these technical terms can be confusing, but like all things, trial, error, and practice will make your photography skills grow.