Whether you need to shoot product photos, take food portraits, or just get some interesting angles, here are the top tripods for overhead photography. 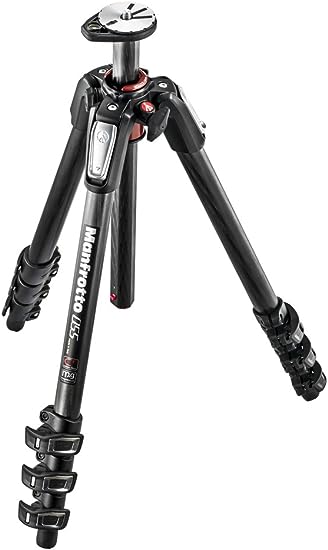 You’ve got cash to burn on a tripod, but you also don’t want to waste money and end up being disappointed.

The Manfrotto 055 is the best overhead tripod because of its high load capacity, up to 19.8 pounds, and—Quick Power Lock—leg locking system that ensures everything stays where it should be.

If you hate adding extra weight to keep your tripod in place, then this may be the best option for you.

This overhead tripod’s four legs are made of carbon fiber, which is an alternative material to steel. The aircraft and racecar sectors are just some of the industries that use carbon fiber.

You might be thinking that the tripod itself is heavy. After all, it contains a material that replaces steel in some industries.

On the contrary, carbon fiber is a lightweight material that carrying this tripod won’t be an issue for most people. The only real downside is the price, but for many, it’s worth it to take care of expensive equipment.

The Manfrotto 055 is the right choice for those who want a reliable overhead tripod for outdoor or studio photography.

Key Features of the Manfrotto 055: 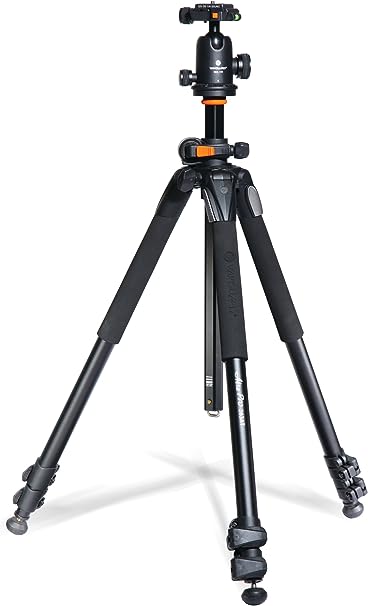 The Vanguard Alta Pro 263AP is the best budget tripod for overhead shots because of its aluminum build, a three-way panhead, and Instant Swivel Stop-n-Lock System (ISSL).

The ISSL is a distinct feature that allows you to adjust the tripod’s central column quickly and safely—in just one simple stroke without affecting stability.

It may not be as durable as its cable-fiber counterparts, but it still does the job without costing a fortune.

For the Vanguard tripod, you’ll spend less than $200.

One thing to remember: this overhead tripod’s aluminum alloy construction makes it quite heavy to carry around.

It weighs 5.7 pounds, so you should buy a different tripod if you move a lot in between shoots and need something a little lighter. Otherwise, the 263AP variant’s features make up for its relative heaviness.

The extended panhandle and three adjustable legs allow you to take photos at 25-, 50-, and 80-degree angles.

What’s more, you can adjust the central column between 0 and 180 degrees for those extremely low-angle shots. 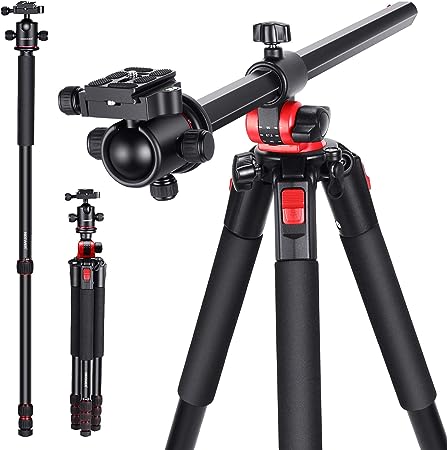 A limited budget forces most of us to look for the lowest-priced item for just about anything.

That doesn’t mean you should compromise quality to get an affordable tripod.

The Neewer Camera Tripod is the best cheap tripod for overhead shots because of forward-thinking features like a rotating ball head and flexible central column.

Despite costing less than $120, these features let you take better low-angle, macro, and panoramic shots.

Made of magnesium-aluminum alloy, the tripod is heavier than a cable-fiber version.

Don’t let this drawback turn you off. Instead, use its weight as an added support for your camera.

A lot of DSLR cameras are heavy, anyway, which means the Neewer tripod can keep your precious camera safely intact.

Did we mention that you can use one of the legs as a monopod?

That’s right. You can remove one of its four legs and even use it as a walking stick! The tripod’s legs can hold up to 33 pounds.

Whether you’re new to overhead photography or simply want a versatile tripod, the Neewer Camera Tripod is your best cheap option for overhead shots and more. 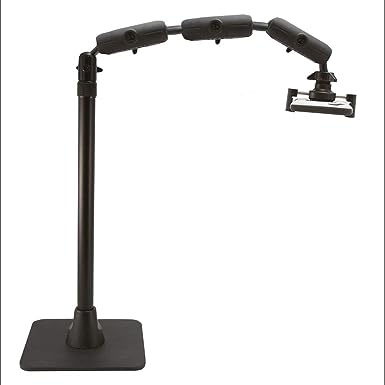 Just because smartphones can be used for overhead photography doesn’t mean that it becomes easier.

Sure, the weight of your phone compared to a DSLR makes it more manageable. A flimsy overhead tripod, though, can still produce unstable shots.

The Arkon HD8RV29 Pro Stand is the best overhead tripod for phone and tablet photography because it can hold any kind of mobile phone.

The expandable patented holder extends up to four inches in width. The average width of smartphones ranges from 2.5 to 3 inches, so even the largest of mobile devices will fit.

It also has three shafts that can expand by roughly 13 inches from the base.

Need to capture a bigger view from above? An extendable pole up to 29 inches in height also lets you do just that.

That’s not all; this phone holder comes with a two-year limited warranty.

Manfrotto 055
For versatile 2-in-1 tripod for social media content creators, the a 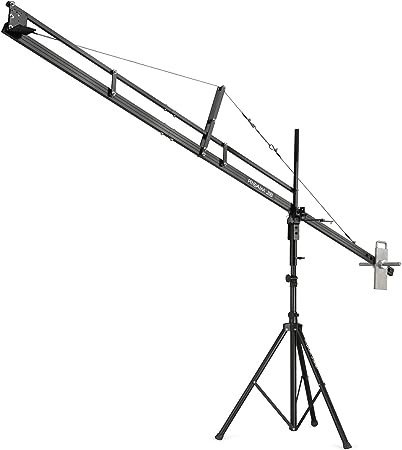 Overhead photography is already hard to do as it is, pick one (or two if you need some extra versatility) of the above reliable overhead tripods and get back to creating.